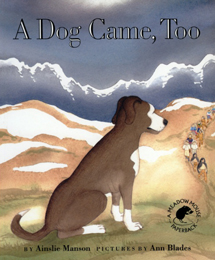 From Globe and Mail

“A Dog Came, Too is not only an intelligent, simply written story by Manson about an appealing pooch, it’s even a history book as well. Talk about manna from heaven. …attractive, historical tale of affection between men and a dog.” 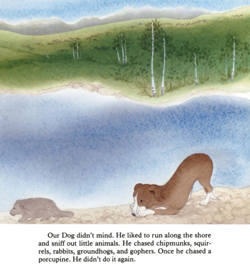 “Likeable, unsentimentalized, and of broad appeal.”

“Writer and historian Ainslie Manson’s focus on the role of the natives, as well as that of the heroic Our Dog, gives new insight into this exploration story.”

”… her simple words transform history into an engaging tale that is both warm and accessible.”

“…there will hopefully be more books of this kind and calibre from this new author.” 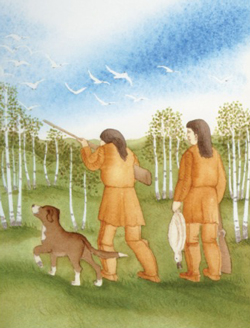 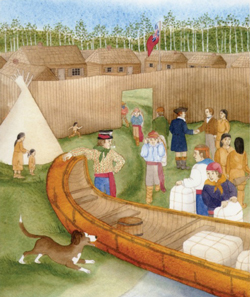 OUR CHOICE, Canadian Children’s Book Centre: A DOG CAME TOO, 1992

Abridged versions of this book appear in the two anthologies below: